The Book of Lies

The spirited Sarnia is by no means the only literary heroine to tread the cliff paths of Guernsey. Wind the clock forward a hundred and twenty years to the 1980s and, in Mary Horlock’s The Book of Lies, encounter fifteen-year-old Catherine Rozier. Unlike Sarnia, Catherine is born and bred on the island. Unlike Sarnia, and unlike her best friend Nicolette, Catherine is podgy and unpopular, but at least – unlike Nicolette – she doesn’t plummet from the cliffs to certain death.

As a narrator, Catherine is les 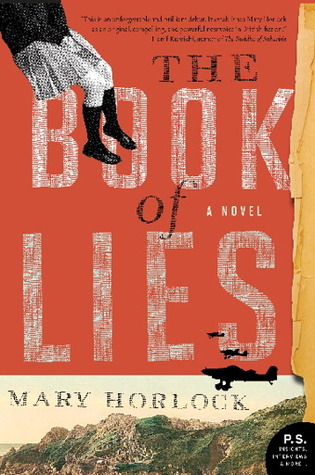 s than reliable, and she has an interesting take on her native isle. ‘There is no class system on Guernsey,’ she comments, for example, ‘only Open Market and Local Market housing. Open Market houses are limited in number, very expensive and deliberately ugly (so as to make the rich foreigners who buy them suffer).’

Interwoven with Catherine’s story is that of her now dead uncle, Charlie, who was almost Catherine’s age when German soldiers set foot on Guernsey.  Under the Nazi Occupation, Charlie carries out an act of rebellion, with consequences that will reach far into the future …

Weaving together two lives across the decades, The Book of Lies beautifully illustrates the way no truth is as simple as it seems. ‘This is Guernsey, please remember,’ Catherine tells us, ‘where there are plenty of secrets no one’s ever meant to talk about.’