Creeping upstairs to a lover

It startled him. ‘You don’t mean that she suggested my staying here for our benefit – with this in mind?’

‘But have you told her anything?’

‘No, of course not. But I’m sure she’s guessed. I should have done if it were her.’

‘I can’t imagine Di creeping upstairs to a lover under any circumstances. I can’t imagine her really approving of anyone else doing it either. Certainly not of engineering it.’ 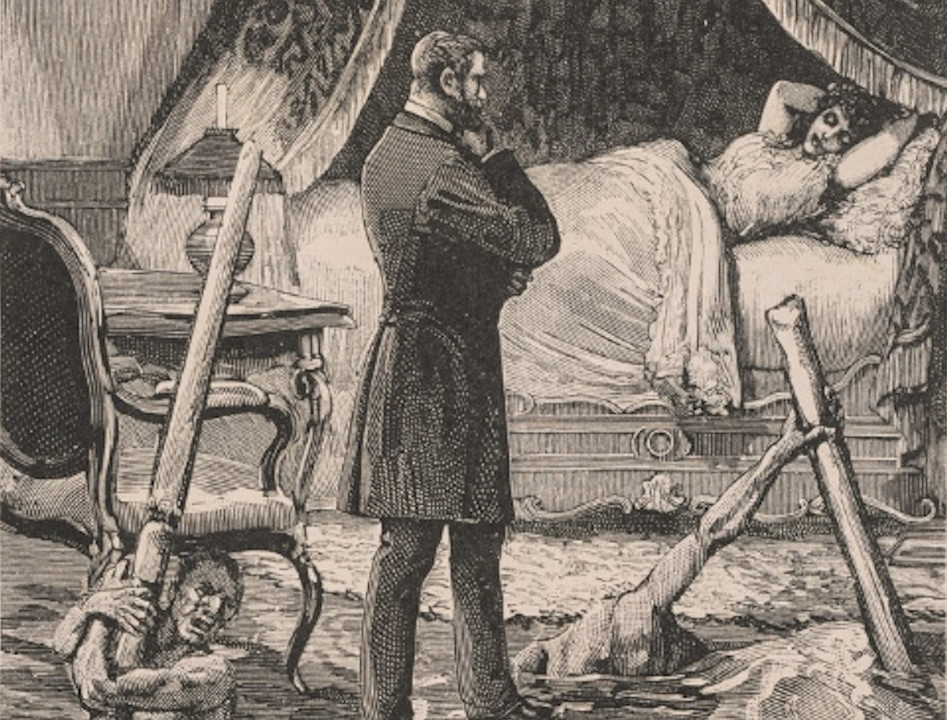 ‘Di’s moral code is more complicated than you think. It has priorities. She saw four people rather miserable and thought that two of them might easily be happy.’

‘But would she think it a good thing to be happy in the wrong way?’

‘She would only think of the being happy.’

He was outside again, outside the circle of understanding, of motives shared or intuitively known. He felt the same hurt and bitterness, and the same automatic reaction of his mind against it. He tightened his hold on Patricia as she lay, unmoving, in his arms. Over the light auburn sheaf of her hair, he looked at the stuffed owl on the wall, and at the exercising bars. In Patrick’s room, in Patrick’s bed, with Patricia warm in his arms. He reached up and clicked the light off.