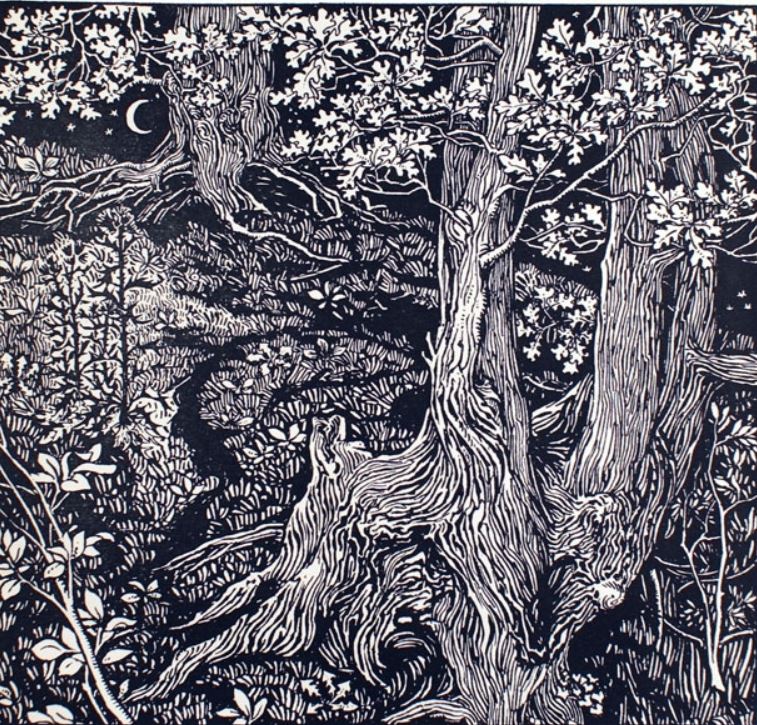 Inside the wood it was dark and his feet made little noise over the carpet of leaf and leaf-mould. He made for the old chestnut first. It had been a tremendous stretch once to reach the lowest branch, and before that he could remember the time when he had had to be lifted to it. He swung up easily now, and stood up to put his hand into the dark rotting slit that was the postbox.

There was nothing there; no letters. It was a disappointment, as though the world, once he had turned his back on it, had grown bleak and lifeless, killing memories in revenge for desertion. His fingers twisted deeper into the recesses of the tree, and touched paper. He drew it out, unfolded its damp creases, and read it.

The writing was his own. ‘All Warriors and Squaws rally to the Paddock at seven to-morrow night.’ He could remember writing it the previous summer, almost a year ago. It had got pushed to the back, and so overlooked. The paper had been invaded by a blue mould, in places quite obscuring the scrawled pencil marks. He folded the note up again, and pushed it back carefully into the letter box.