How clever of God

Late in the afternoon pretence of work was abandoned. The sun had dropped behind the shoulder of Sweeney’s Hill, but it was very hot. They lay on a carpet of tattered palm leaves, and drank the wine, and looked up, from time to time, at Mount Proteus. The summit was still bare, though light tendrils of mist had begun to form, streaming away to the north, and the sun still shone on it, dazzling from glass and metal, confirming that this was reality and no dream. And yet she would not accept the reality. Sweeney would change it. Sweeney would make a sign, and the cloud would cover the mountain again, and that would be all there was: cloud and a mountain. She tipped the gourd to her lips and spilled wine down her neck as she drank. 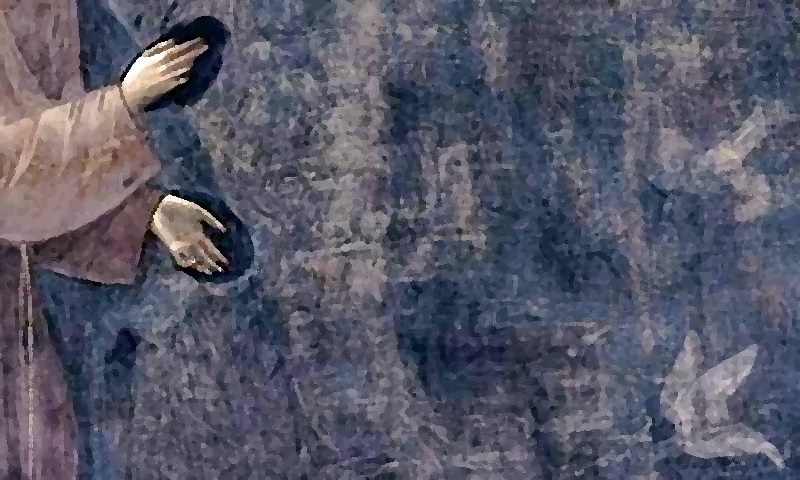 Without even a tremor of disgust she watched Lydia take first Billy and then Marriott down the slope to the dubious shelter of the shattered trees. She did not look after them, but knew they had not gone far: Lydia’s cries, more of triumph than abandon, came plainly enough through the air stripped of birdsong. What had happened to the birds, she wondered? Flung out, those that were not crushed, over the barren emptiness of the ocean, toys of the storm and dropped casually as toys are. A confetti of feathered bodies scattered on the water. How clever of God, she thought drunkenly, to mark each tiny fall.