I have been married before, you know

He saw the curtain of Rosemary’s face contract interrogatively, and thought despairingly of the communion of lovers. Perhaps with women it was impossible; and all the talk and writings of it no more than the artificial imaginings of poets and novelists. But a child would be different. To get a child before the barrier came down; to surround it with love and warmth so that love and warmth reflected back, stressed and enhanced by the other’s thoughts – that must surely succeed.

Rosemary said: ‘I take it then that you want to marry me?’

Rosemary looked at him. ‘Cold-blooded?’

She seemed genuinely surprised but not very interested. She went on:

‘I think I would have been inclined to have an abortion. I didn’t imagine you would want anything else. I only told you about it so that we could fix a fair division of expenses. As you know, I haven’t got too much money left, and Gordon’s school fees are a big drain. But if you’re keen on marriage … I don’t see any reason why we shouldn’t.’

Stephen felt the grasp of things escaping from him. This was not the warm, breathing love he had anticipated. It was more in the nature of a business arrangement. He remembered Mulready. Strength. Steadfastness. Pushing his coffee cup away from him, he said, incisively: 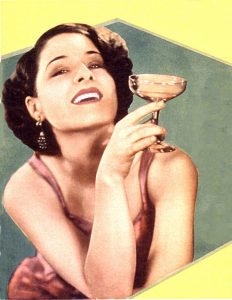 Rosemary looked at him with cool amusement.

‘Perhaps we’d better see,’ she suggested, ‘whether your terms are likely to be compatible with mine. What conditions were you thinking of laying down?’

He tried to stiffen himself into a feeling that he was conquering her aloofness, but his intellect saw more clearly than did his conceit. He went on cautiously:

‘You’ll have to give up some of this independence of yours, Rosemary. I mean – living with another person involves give-and-take. No one can live for him or herself alone. We must all yield …’

He realised, as his voice trailed into silence, that the imperiousness had turned into weak persuasion. Rosemary was still watching him and smiling. She said gently:

‘I have been married before, you know.’