‘How did you get leave of absence from the bank?’

‘Mr Merton granted it. I asked for it in lieu of the holiday I was to have later in the summer. He readily agreed – you know how indulgent he is.’

She said quickly: ‘You did not tell him that you were alarmed on my account?’

‘I did not speak of you at all. I spoke of an aunt at Southampton who was ill, and needed me.’

She laughed again. ‘What a dreadful lie! And even if Mr Merton does not find it out, you will have to confess it to your priest, will you not?’ He looked unhappy, and she put a hand on his arm. ‘Dear Michael, I am well aware that you have done this through concern for me, and am truly grateful. But you should not have. You have sacrificed your later holiday, and for nothing.’ 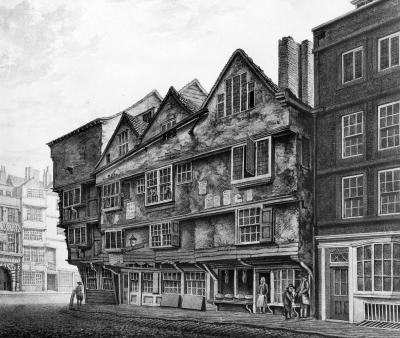 They had reached the gates. In the lane outside, ragged children played in the mud, and further down a knife grinder cried his services. Michael faced her, and took her hands.

‘All that matters is that I am here. I do not regret coming. I have money for you, and will give it to you now, if you wish.’ She shook her head. ‘But I would rather you permitted me to escort you back to London. Will you do that?’

Probably her fears had been illusory, the notion of a conspiracy to capture her father’s fortune nonsensical. On a morning like this, with the sun breaking through scudding clouds and the sea blue and sparkling at the foot of the hill, it was impossible to believe otherwise. But she was glad of Michael’s hands on hers, glad of the presence of a man who would protect her if need should ever arise, and for whom she was never likely to feel any fear, illusory or not.