The figure rose out of the ground in front of me, a shorter distance away than the bird had been. I stopped, my hand on my breast. It was a man: wild, dirty, menacing.

He had not actually risen out of the ground: I saw now that he stood at the entrance to a shaft sunk into the side of a hillock. The entrance was partly concealed by a bush growing there and the shaft itself slanted at an angle from my path which was why I had not noticed it before. The man was dressed in trousers patched with leather and a blue cotton shirt, both old and shabby and torn. He did not have a beard, but the black stubble of whiskers on his face declared a two or three days’ growth.

He was less tall and thinner than the younger Bedivere brothers, but his body had a powerful wiry look. His hands, I noticed, were not just dirty but bore the signs of hard work. He pointed an arm, on which hairs gleamed coppery red in the sunlight against corded muscle, towards Beast, still running and stupidly barking at the disappearing speck in the sky which was the pheasant. 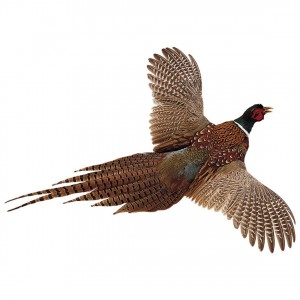 ‘Is that thing in your charge?’

His voice was harsh but resonant. The question was rude and plainly hostile, but the accent was that of a gentleman. I felt a quick relief that my encounter had not been with some ruffian, but it was succeeded by resentment at his addressing me in such a manner. I said coldly:

‘Then haven’t you the sense to stop him flushing game, and out of season at that?’

‘He did not flush anything. The pheasant flew up and he chased after it. That was all.’

Beast had heard our voices and abandoned his chase. He turned but did not attempt to come back to me, sinking instead onto his belly among the heather. Even at this distance I could tell he was frightened, and reflected that if the man had been intent on assaulting me I should have had small protection from my four-legged friend. I did not blame him, poor wretch: his life had not been one to nurture courage.

The man said: ‘I recognize him now.’ His voice was grimmer still. ‘And if I had my gun with me, I’d settle his account.’