The Daimler had to follow us the rest of the way. I turned off the main road, watching landmarks of fifty years spring up in postures so convincing that they might never have ceased to exist. And yet the road retreated, and they went again, back into the untidy drawers of the past, the drawers that can never be properly turned out. At Mickham’s farm a figure led a donkey across the slope of Four Acre; a hunched and shambling figure that might have been Mickham himself if he had not died of pneumonia in 1923. There had never been much change in these parts, but this was the first time the absence of it had had the power to frighten me. The gap in the hedge just beyond Scar Lane. Surely the savagely proliferate years might have filled that void? I drew in at the edge of Lessill Wood, under the great beeches with black boughs stretched against the sun.

‘The earth’s just in here,’ I told them. ‘No more than twenty yards.’ 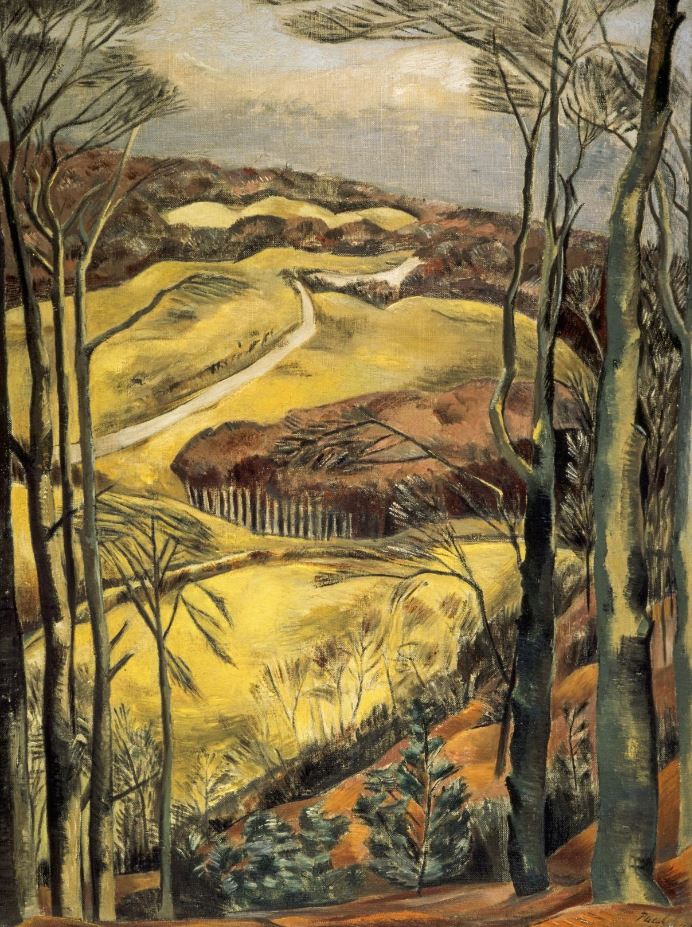 They followed me in, keeping unnaturally quiet, their footfalls deadened by the fallen beech-leaves. Only Britton moved abreast of me. He said:

‘Which is the stranger,’ he asked, ‘– that they were worth all that trouble and patience then, or that they aren’t worth it now?’

The earth seemed rather larger but it was substantially the same, and clearly still in use. Cynthia unfastened Brock’s lead, and carefully took off his collar. He looked up at her mildly. She said to Helen:

‘Got the bag, darling? I hope it’s going to be all right.’

She put the paper bag down and Brock snuffed at it eagerly. She said:

‘Come on, now. Walk away. I don’t think he’ll notice.’ He did look up once, his snout sticky with cream-bun, but he returned immediately to his feeding, convinced, perhaps, that luxury and desertion could not possibly be conjunctive; it is not an uncommon conviction. We walked away quietly through the wood, and got into the cars. The sound of their engines starting up made a rook rise in squawking, irregular contours through the air from a nearby post.