The way the rich live

A fluffy blonde girl came in with a trolley which had a silver tea-set on top and an assortment of cakes underneath.

‘Thank you, Molly,’ Lady Arunawa said. ‘You can leave it with me.’

She poured tea into delicate Spode cups and handed them to the others. Then she offered them cakes. Madeleine, with a quick glance at Andrew, took a large one. They had lunched, as an economy measure, off dates and some kind of soft orange drink.

During tea, Lady Arunawa spoke in general regretful terms of the havoc caused by the Fratellini Winter. Her sadness over it was as obvious as her ineffectuality. Andrew was reminded of an aunt of his, a country Vicar’s wife, talking about the Arab refugees at tea-time in the Rectory, her words punctuated by sounds of cricket from the field outside. He wondered what had become of her. 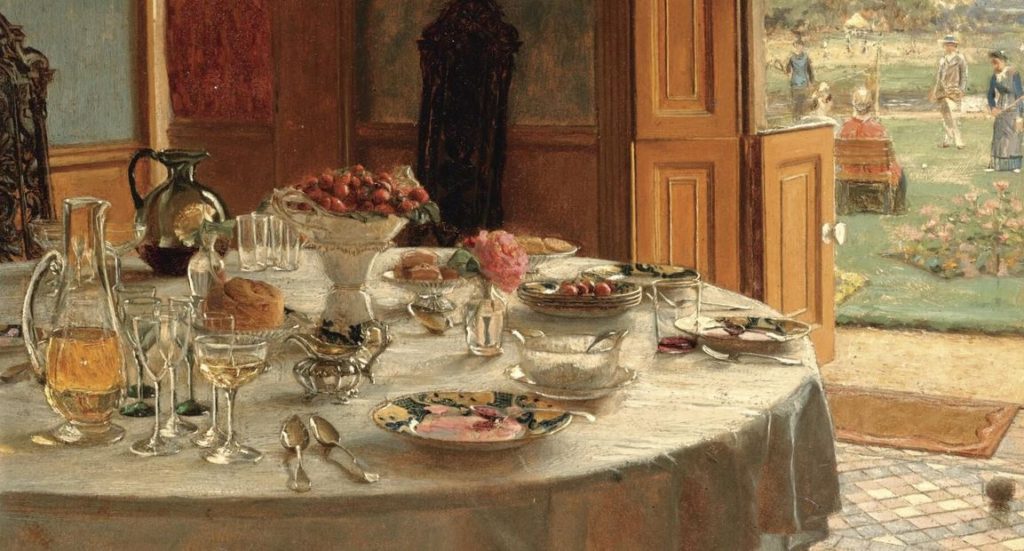 She left them afterwards to get the address she had promised them. They were alone in the quiet well-proportioned room.

‘Take a good look,’ Andrew said, ‘at the way the rich live. It will have to last us a long time.’