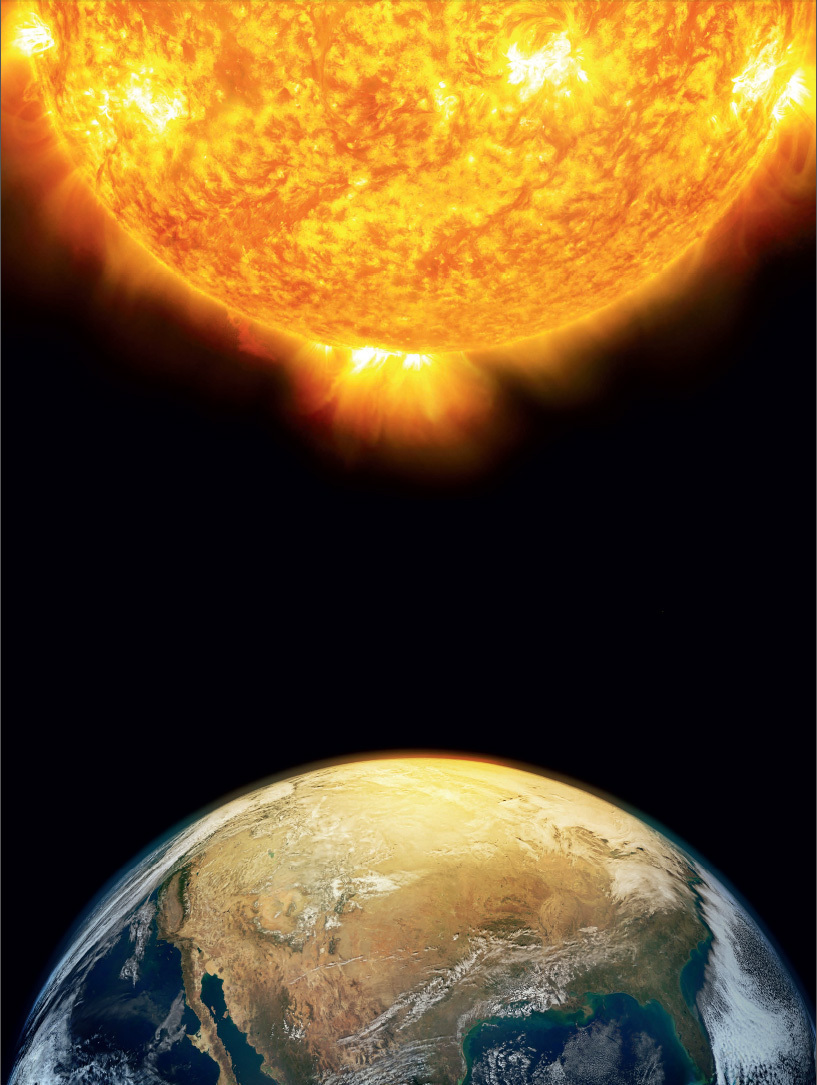 The light was poor, the bulbs glowing dully on the inadequate voltage. He ruffled the pages back awkwardly, peering at dates and headlines – back through the early days of scientific reports, dubious prognostications, tucked away in inconspicuous places, with headings like: new satellite probe confirms solar radiation decline. The beginning was before that; in the intervals, people had died and loved, killed and been born and been betrayed. Between the world’s catastrophes and those of the individual man relationships were mostly coincidental. The day of Hiroshima was a birthday or a wedding anniversary, or the day an old dog, dying in the sunshine on the lawn, took a childhood with it.

He found what he was looking for at last: the report of an obscure speech by an obscure Italian scientist at an unimportant conference. There was no main headline, but a small side-head said: Radiation Cycle in the Sun Suggested. They had given Fratellini’s speech five lines; the rest of a long paragraph was devoted to something on polar magnetic fields.

It was a small signpost, he reflected with irony, to point to such large things – to the world’s wreck and to his own cuckoldry.