But we went first, as Jinny wanted, to the fun-fair. It was her land, her happy home; for sixpence she could be raised into shouting screaming ecstasies of mirth. Whirling round in a thing called the Whip, wedged in between Isaak and Solly, her joyful appeals for death could be heard for yards around above the tingling hurdy-gurdy blare. I sat between Mamma and Dadda in the car behind; our car would jerk forward towards theirs and Jinny’s voice would swell in volume –‘Let me die! God Almighty! I’m going to die!’ – and then drop as the cars swung apart again. Preoccupied myself with the stomach-twisting jerks, I had no time even to wave at the thin figure of Anna, as we rocketed past her time after time, where she stood among the crowd of spectators.

The Whip, the Roundabouts, the Big Dipper; it was a procession whose each item reduced Jinny to a more breathless delight. The last one was the only one Anna would take part in – the Tunnel of Love. She and I clambered into the bows while Mamma sat in the stem, and the small boat moved forward on its rollers under the overhang of stucco rock. There was darkness all round and the slap of water, and ahead vistas unknown, except that we knew they would be beautiful. And then it was all round us – the first grotto, with high, arching rocks and pinnacles, and a flickering red light everywhere. We crouched together in the boat and Anna caught my hand and squeezed it, so hard that I wondered for a moment if she were trying to hurt me. But she was not even looking at me; her gaze was directed all round, her eyes darting from side to side to catch everything possible. 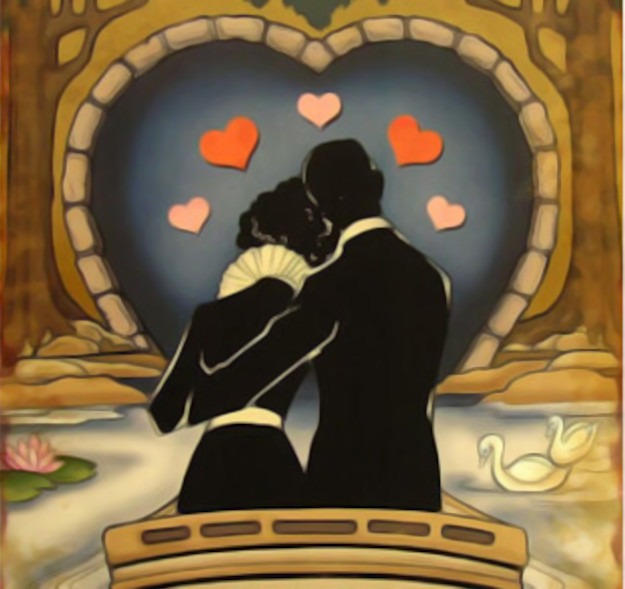 The green grotto, the white grotto and, in the centre, the blue grotto. Here the canal along which the boats rolled doubled round and round and one saw, through openings in the rocks, other boats gliding past. For the most part the glimpses were brief and the boats and the people in them no more than shadows against the shadowy blue background. But once Anna whispered to me: ‘There!’

The boat behind us was traversing the beginning of an S-bend while we were at its end, and for perhaps half a minute the two boats sailed side by side and no more than ten yards apart. I looked where Anna had pointed. Isaak and Jinny were in the boat, lying back, their heads close together. I could see no more than that but Anna whispered, her voice hard with disapproval: ‘Kissing.’