Walking onto the seabed

It was, as Le Perré had said, the sense of unease which was worst. Matthew had walked out occasionally, on an ormering tide, and been conscious of the strangeness, the altogether alien quality, of the underwater world exposed to the harsh light of day. This was much more disturbing. In the grey pre-dawn light, reefs and shoulders of rock stood up, i 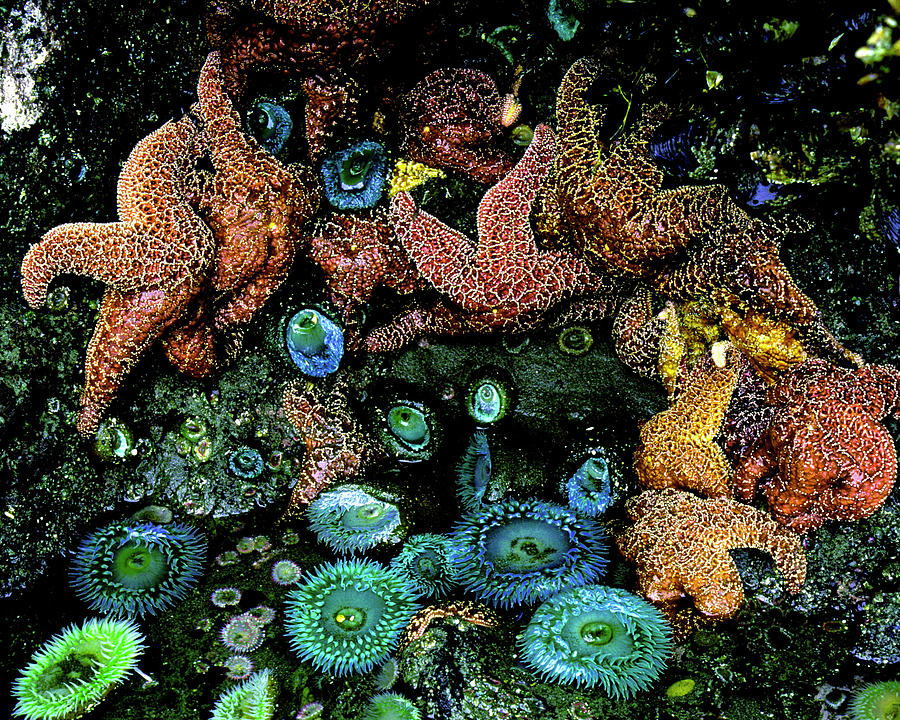 mprobable in shade and contour. Here, for long centuries, the sea had rolled; and its presence lingered, in the pervading rotting smell, in the pools trapped among the rocks, occasionally in the dead shells of crab or lobster. It seemed incredible that it should not come rushing back. He found himself listening for the tiny distant roar which would swell into a thunder of returning vengeful waves.

In the greater lucency, the outlines changed, the sombre mystery of the rocks giving place to a jagged richness of silhouette and colour, with outcroppings of pink and yellow granite and dazzling streaks of marble across the grey. His disquiet remained; it was an even stranger land and he walked through it as a trespasser. He began to find familiar objects, part of the debris spilled as the town was carried away in the embrace of the retreating waters – broken china, part of a chair, a twisted bicycle frame, a canvas which might have been a work of art but was now a rotting smear of cloth and paint. These did not reassure him; on the contrary, they made things worse. Their incongruity pointed up his own. Where the shattered tower of Brehon dominated the skyline on his right, he found a gas cooker, apparently having suffered no damage other than through being wrenched from its pipes and brackets, standing impeccably upright on a sand bank. The sight of it sent a prickle of fear along his skin.