A penalty for sacrilege

He found it quite easily: the hermit’s body was a marker. He saw that first, but on coming closer realized there were two bodies. They lay together, the hermit’s fingers clenched round the other’s throat, his body showing various wounds, including what looked like an axe blow against the side of his skull. The general picture was clear, but there was no way of reconstructing the details. Perhaps they had found him in the hut and forced him to lead them to his cache; or perhaps they had stumbled on him here and fired the hut afterwards. What was certain was that he had turned to violence in the end, and strangled one of them while the others cut him down. He had been an immensely strong man.

The yobbos had taken what they could carry of the easily available stuff. Matthew did not have to dig far to find more. He took four tins of corned beef – more than enough for the day, and, with Billy as weak as he was, it was essential to travel light. 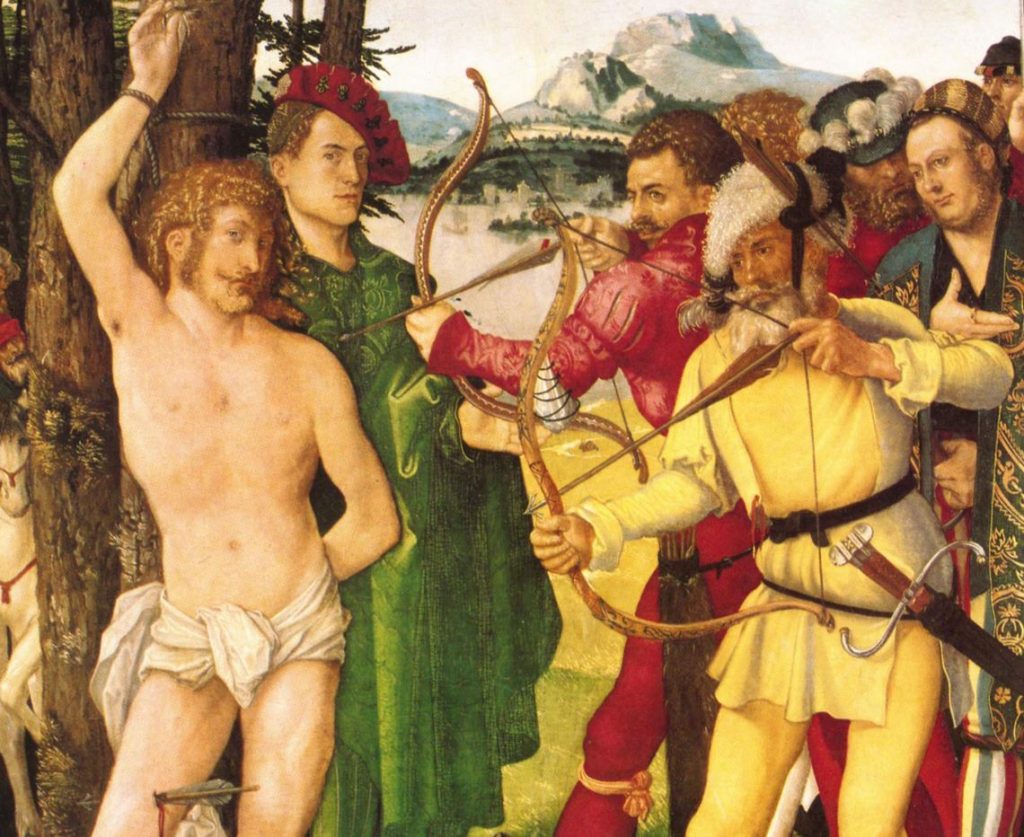 He looked at the bodies again. There was very little smell from them; it could not have happened more than a couple of days before. He saw something rucked under the body of the man who had been strangled, and recognized it: the altar cloth from the hut. That was probably what had cost him his life, a penalty for sacrilege.

Matthew tugged at the cloth, and it came free. He looked at it for a moment. There were three scenes, all of martyrs. Stephen under his shower of stones, Catharine on her wheel; in the centre, Sebastian with his arrows. Matthew draped the cloth over the hermit’s head, and walked away.