Here their needs were physical and urgent, summed up in one aim: to escape death. What would happen if the threat of death receded, and the threats and promises of life, with its confusions and half certainties, were once again paramount? She would leave Henry, and go to Albrecht. She wondered how it would affect him. He would not, she thought, marry again. Probably he would go back to the youth clubs in which, before their marriage, he had found his greatest interest. She thought of him growing into middle age, surrounded by young people, teaching boys how to tie the right knots in ropes, listening to young men and smiling. She would need to be certain of her love for Albrecht to abandon him to that. 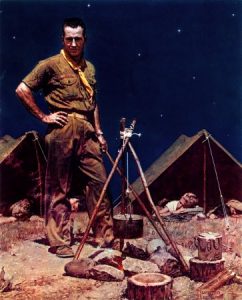 Her marriage had been something she had taken for granted, as one of the unquestioned things in life. Now that it had broken up, under a stress previously unimaginable, she had no illusions that her relationship with Albrecht could take its place. She would marry Albrecht, but not as a free agent. It was something in which she could expect to find joy, but never contentment. The English wife, abandoning her dull English husband for a foreign count – when we think ourselves most secure in our maturity, life can turn us back into spiritual schoolgirls.