Solly never missed a week, except on the rare occasions when he was ill. He was always the first to arrive; sometimes so early that he would have tea with us. 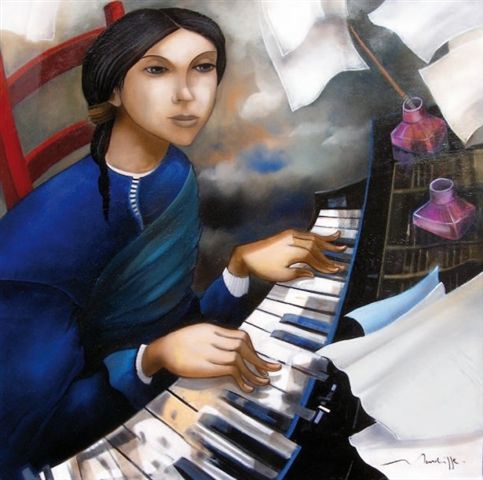 Anna, who did not like many people, liked him enormously. She even, at one time, talked him into giving her piano lessons, although she naturally loathed music and Solly knew she loathed it. He persisted for a few months because he could not believe she would not, in time, come to share his own passion – he found it hard to believe anyone could fail to do so – but in the end he gave up.

He closed the piano lid at the end of the lesson one afternoon, and said:

‘No more, Anna baby. It will not help to practise any more.’

Anna looked at him, a seven-year-old woman. ‘Do you think I haven’t been practising hard enough?’

‘Let me look at your fingers.’

Gravely she held them up for his inspection. He held her wrist in his own large hand, and examined them closely.

‘I thought they would all be worn down to the first joint, you have practised so much. And I have to tell you, Anna, that if you went on practising until they were worn down right to the knuckles, it would still be no good.’