The breath of life itself

I know before I start that I cannot hope to make a good job of Singing Jinny. Perhaps it would be best simply to say that she was a woman of outstanding 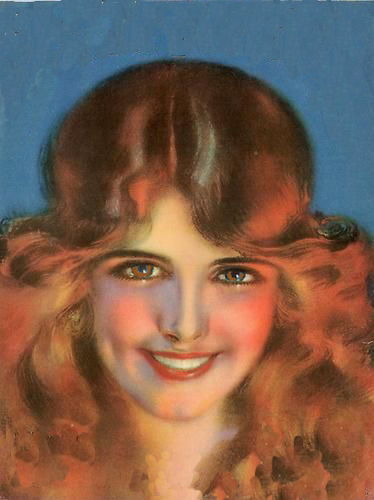 vitality, and leave it at that. I am, I suspect, so far from coming into that category myself that the simple trite statement would mean more than my enlargements on it are likely to do. But I want to describe Jinny as she then was for my own pleasure; so that I can, the more keenly, see her as she then was, as she was to my childish eye – glorious and the breath of life itself.

She was not, to begin with, excessively tall; perhaps five feet seven. But she looked taller because of her proportions. Her figure was magnificent but even so seemed no more than barely restrained from flowering into yet wilder extravagances. Her flesh was ripe, and the skin drawn tight across it. She had chestnut hair and brown eyes, a skin that was delicately pink except when she had been drinking Guinness, when it flared into strawberry blotches, a straight nose and – her face’s most outstanding feature and her own pride – a superb set of false teeth.

One saw a lot of them because she laughed a great deal. She was capable of deep sympathy with other people’s sorrows and was, in fact, easily moved to abundant tears, but when she was not actually crying she saw no reason why she should not laugh. It is a view of life that the great clowns have expressed, and perhaps it is the best one.