Almost at once I found myself lifted; thin arms and hands held me and raised me on to bony shoulders. I was above them, and all their faces seemed to be turned to me with a joy that was hideous. They swept me back with them into the camp. They were shouting and some of them seemed to be singing.

I wanted to like them; to love them. Humanity – suffering and now rejoicing, enslaved and now liberated. But it was still a moral exercise, and here, inside the camp, from my vantage-point I saw the others. The dead and the dying and those – fewer than my welcomers – who were still continuing with their task of carrying them out from the huts into the open air. They lay in long, neat rows, the dead in the shadow of the huts and those who still breathed, a little more widely spaced, in the sunshine. Their porters, some of them, paused and looked to the scene of my triumph, and straightened their backs; and then went into the huts for more. 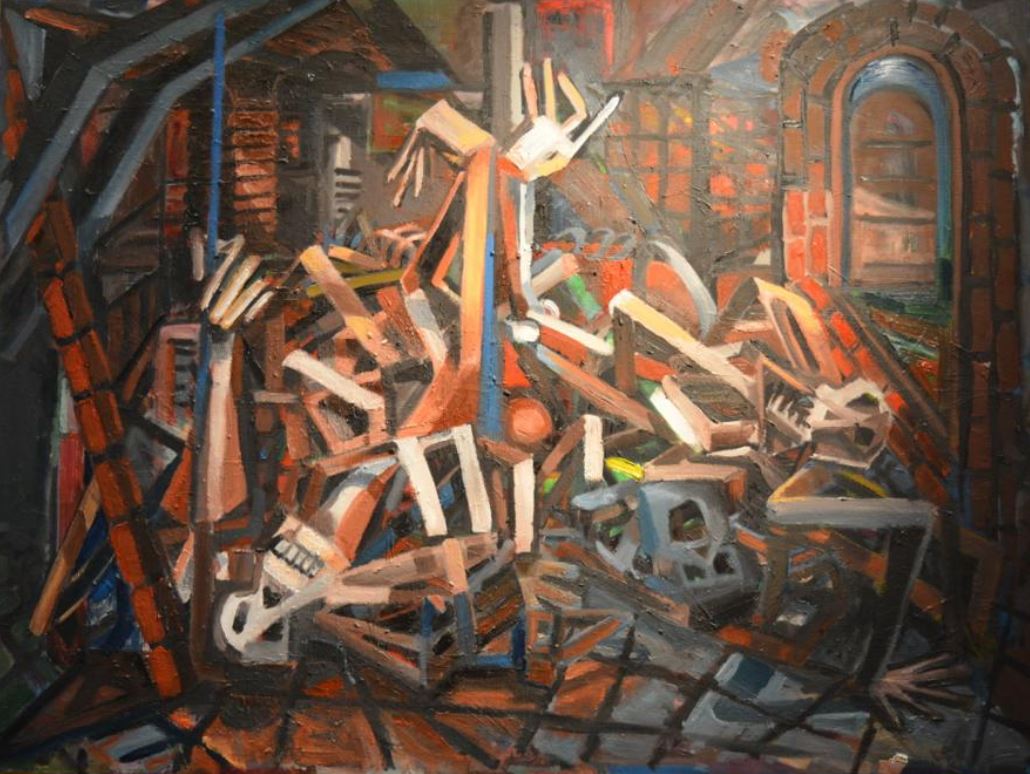 As I was carried past I saw them clearly: the dead and the living dead. I had thought the ones who greeted me were thin. These were agonizingly so, their unnaturally large bones looking as though, at a touch, they would dislocate and rip through the tight-drawn flesh. Their faces all looked alike; the jagged brows and cheek bones with sunken eyes between them, the sharp jutting chin, the domed forehead. They had what might be called an intellectual look. I saw one in the row of dead stir feebly, and two or three of those in the sunshine appeared to be dead. It could not be easy to distinguish them.

Something had been trying to come to my mind from the first instant of seeing these distorted cartoons of men. A scrap of verse; a description and a judgement. Now as the dead man continued to move and defy classification, I remembered: Browning’s horse. ‘He must be wicked to deserve such pain.’

I began shouting: ‘Put me down!’