It was impossible to tell whether he was really mad, driven to it by the things that had been done to him, or whether he was feigning madness in the pitiful delusion that he could still save what was left of his body by keeping his tormentors amused. I thought it might be the latter because, although his madness consisted in a pretence that he still had that power in this little world that he had once had, I noticed that he was careful to insult in general terms and to avoid getting too close to anyone. Perhaps he would have acted like that if he were really mad; I don’t know enough about madness. And this man was not destined to live long enough to settle the point.

One or another would jab him with something, and he would explode into a shrieking fury, dancing up and down, his head wagging on his plump shoulders. He kept it up for some minutes, gradually subsiding; then he would be tormented again, and burst out again; and so it went on. They pushed him towards me at last and he stood there in front of me, peering up at me comically out of his remaining eye. His face for this moment was expressionless. 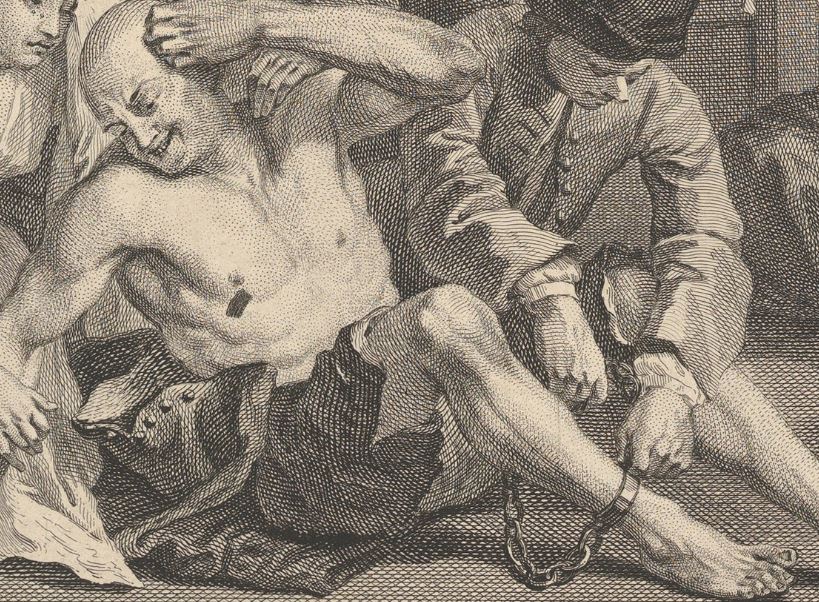 He looked at me, and looked round him at the circle of faces. They had fallen quiet, but their quietness seemed to me to have an ominous quality; it crossed my mind that they would strike hard and at once if they saw any sign of their prey escaping. I don’t know whether this occurred to the German, too, but he broke out suddenly into capering and shouting that brought them back into humour.

They were laughing; it was funny that he should stand in front of an English officer and ask him his name. I watched them, and their victim who had been their pharaoh. When one had chosen a side, one stayed with it; it did not matter that the choice might have been involuntary.