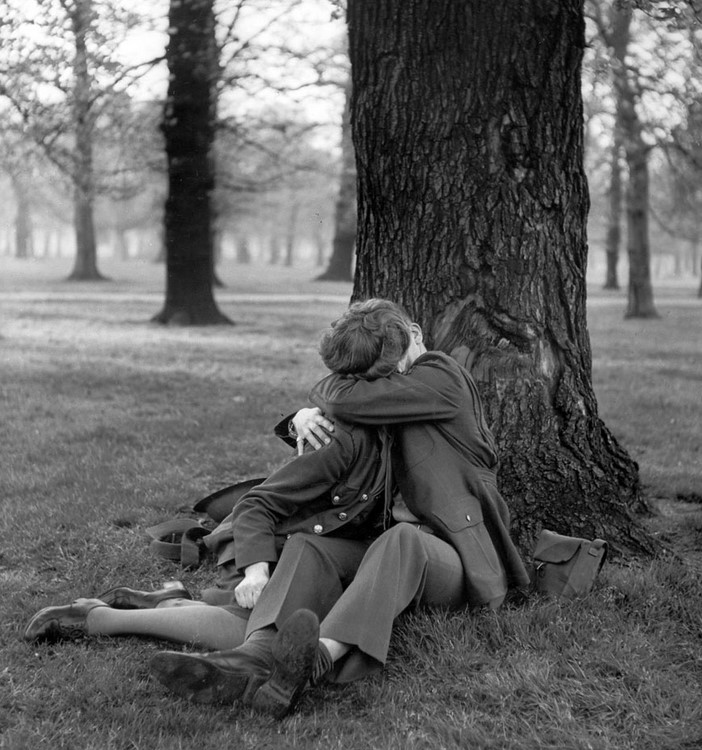 In a spot where they were shielded from possible watchers, he took her in his arms and kissed her. She stood on tip-toe, holding her face up to his; without high heels her smallness was very apparent. Her slender body clung to his own without any strain or uncertainty; at first relaxed and then pressing close in eagerness. Her lips, when they at last left his, nuzzled against his chest.

He said: ‘It seems longer than a week.’

He felt her head nodding against him. There was a worn slab of stone nearby, a pediment remaining, perhaps, from some forgotten portico. He led her towards this and they sat down, side by side, their heads turned inwards to watch each other.

‘Much longer,’ she said. ‘My sweet, I don’t want to be jealous, but I really see very little of you. I’m sure you must be carrying on with someone else. With half a dozen perhaps. One evening or one afternoon for each of us. You look like a Bluebeard.’

She was only half joking. He smiled. ‘I’m a very conscientious officer – you ask my Colonel. We have to do something to justify our not being sent overseas to fight.’

She shook her head, doubting, wanting to be convinced. ‘I know so little about you. Perhaps you’re married and have a wife and a tremendous family in Wimbledon.’

‘I imagine it’s the place where people have families.’