A memory for faces

He swung an arm as he went, catching a standard lamp and pulling it over and shouldering Jane roughly out of the way. Somethi 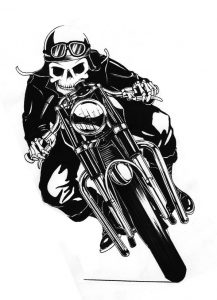 ng else fell in the next room, and glass splintered. Outside, a motor-bike started up and was followed by others. Jane picked up the lamp. One of the arms holding the shade was bent, but that seemed to be the only damage. The bulb was still alight.

The sound of two-stroke engines rose to a crescendo and moved away. Rod saw them streaming off along the drive, in most cases with a girl riding pillion. There were footsteps and Stephen appeared, accompanied by other boys, his friends. The adult pose he usually put on had been shaken. He said: