Bloody tears to my eyes

Her hand came round as he turned his head to look at her, still laughing, and cracked against the side of his face. Jane said involuntarily: ‘Oh, no!’ She saw Rod start to move across the room. The laughter had cut, with the slap, to shocked silence.

‘You bastard,’ Hilda said. Her voice was clear, but shaking. ‘I don’t give a damn what piggish tricks you lousy little sods get up to, b 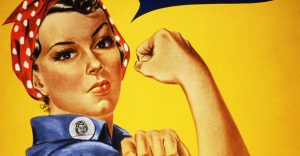 ut leave my children alone, understand? You’ve poured whisky into him, haven’t you? You think it’s funny to make a thirteen-year-old boy drunk? I’ve heard of a child being killed like that. If you’d killed Peter, I’d have killed you. Do you understand that, you cheap pimply little bully? I’d have killed you, as I will if any of my children are touched again – either by you or your rotten friends. Have you got that clear in your idiot’s head?’

The Commander did not move, but looked up at her. Rod had come to stand beside her. The Commander’s white face was flushing where she had hit him. The one called Ape, on his left, got to his feet. He said:

‘Shut up.’ He rubbed his cheek with his right hand. ‘You’ve got some strength in your arm, missus. I thought my bleeding head was coming off. Christ, you can hit harder than my old mum can. Brought bloody tears to my eyes, you have.’