Down by the stream

The start they made, however, was not a particularly early one. The sun was well up when Matthew woke and, looking along the line of huddled figures, he saw only one place where the blankets had been left empty. That was at the far end, where April slept with Lawrence next to her. He got up himself and went out from under the awning. The canvas was damp when he touched it, and the grass outside was heavy with dew. He walked through the garden, and heard a few birds somewhere, at their morning orisons. He had been shown the stream the evening before, the place where they drew water, and told that they washed further down. He found it and followed it. The cheerful sound of its running was pricked through by bird song. It was a moment out of the incredible past, an evocation of happiness. 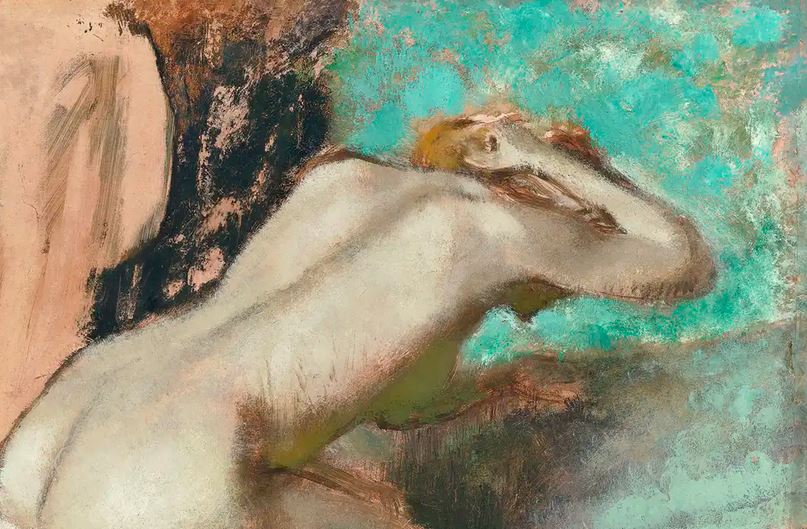 He caught sight of her as he came past a line of rhododendrons and automatically stepped back. She was about twenty-five yards away. There was a place where the stream broadened and deepened and she was kneeling on the far side. She was facing him, but she gave no sign of having heard or seen his approach. She was naked to the waist, soaping the upper part of her body and her neck. Her breasts were round and full, the heavy nipples dark-aureoled. She arched herself, washing the back of her neck, and her breasts were pulled up by the movement, richer and more lovely than before.

He felt desire, the sharper for being unfamiliar, but what he was most conscious of was the awareness of beauty. A woman’s body, kneeling by a stream in a garden, with birds calling from the distant trees … he had not imagined that there could be such a thing again.