Albrecht came out of the pavilion and walked down the veranda steps. He smiled at them easily.

‘Good morning! You have all enjoyed your swimming, I hope.’

‘First class,’ Peter said. ‘Are you going to have a dip yourself?’

‘Not now. I have been swimming already, in the early morning.’

Peter’s left hand hung down in the gap between his chair and Heather’s. Cynthia, glancing in that direction, saw Heather’s hand, while she smiled up at Albrecht, groping towards it. Her fingers touched it, the tips brushing across the newly licensed exciting flesh. Swiftly his hand opened, clawed down, grasped hers. Like small eager animals the two hands caught and released, twined and intertwined. 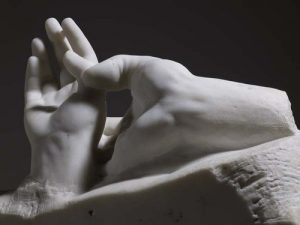 ‘If the sunshine lasts, it will.’ Albrecht turned towards Cynthia. ‘And Henry – he is still in his cave? Must he spend so much time there while the sun shines?’

The little animal that was Heather’s hand caught at its larger playmate in simulated clawing fury. Peter still smiled. His hand was suddenly free and had hers in the trap of palm and fingers. He squeezed. She gave an involuntary squeak, and the captor released its prey.

Cynthia said: ‘He likes it down there. It needn’t stop the rest of us from making hay.’