Marriott said, with exasperation: ‘You must agree that it’s only sensible to slap him down now, and hard.’

‘But, as you’ve said, we’re going to have to live here, possibly for quite a long time. You’ve got to get things right at the start. Patterns have to be laid down.’

‘They establish themselves,’ said Sweeney.

‘In the form for which the community happens to be ready. Our little microcosm, perhaps, represents at the moment the late Victorian stage, with some earlier undertones. A ruling class, a working class; and linking them a police force and army to keep the workers from proving too troublesome.’ 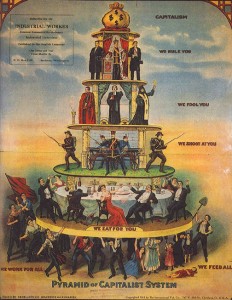 ‘No,’ he said, ‘about the organization and classification of human beings.’

Marriott said: ‘I don’t think you really give a damn what happens.’

Sweeney smiled. ‘On the contrary, I am extremely interested.’

‘Interested!’ Marriott said. ‘And what happens if Billy goads the boys to such an extent that they turn on him? What happens to your ruling class when the underdogs have destroyed the police and the army?’

‘There are several possibilities,’ Sweeney said. ‘But I do know what has always happened to ruling classes that have alienated their police and army. They have invariably gone down.’