Someone pulled the plug out of the big bath

‘You’ve been here all the time, then? By yourself?’

‘They all went,’ Skiopos said. ‘I told them they were crazy, but they went. I told them, anything that dries up the Channel, that makes a pretty big mess of everything. You won’t find no land of milk and honey out there, I told them. But they were shaken up, you know? What a night that was! A ship like this, tossing about like a matchstick. Someone pulled the plug out of the big bath. But we landed right way up and with only a bit of a shaking. An’ I told them – we’ve been lucky. But they wouldn’t listen. They took some food and headed north.’ 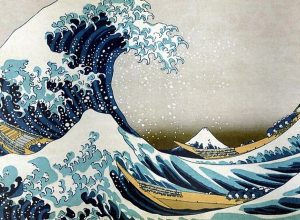 Skiopos shrugged. ‘Who knows? The day after we stuck here. But I don’t keep no log no more. Who cares?’

The bread and cheese tasted better all the time, if that were possible. And the sharp bite of beer in his throat added an ecstatic dimension. He said:

‘Lucky hardly seems the right word. You seem to have had scarcely any damage at all.’

‘Enough damage so that if the tide comes in again, she won’t float. But I reckon the tide’s gone out for good and all…’