The gleam of steel

Cha-Cha’s face flushed above the beard. He put his hand out and up-ended the champagne bottle, its contents streaming out over Ape’s face and head. Then, as he started laughing in turn, Ape grabbed his ankle and twisted it, bringing him heavily to the ground.

He got to his feet more quickly than Jane would have thought, in view of the way he had crashed and his intoxication. He had clearly been hurt, but he tried to smile. 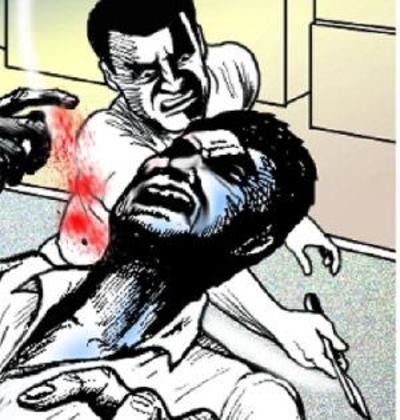 ‘Shouldn’t have done that, Ape.’

His right foot lashed out and caught Ape’s right arm and side, sending him spinning. Ape rolled over and came up, cat-like, on his feet. They faced each other, Cha-Cha so much the taller and bigger, Ape crouching slightly so that he looked even smaller than usual. Even if he were holding his liquor better, he was hopelessly inferior physically, Jane thought. All she wanted was to get Linda out of the way. There were people in her path, though, and the fight was on the other side of the room. They had grown quiet, and she heard a sigh, a general murmur whose meaning she could not read. She looked back at Ape, and saw the gleam of steel in his hand.

Cha-Cha pulled a knife out of the sheath at his own side. The crowd moved back. They circled each other with an almost ludicrous slowness, crab-fashion, foot after sidewise foot. Then Ape made a small move forward, Cha-Cha flung himself at him, and they closed. It lasted no longer than that. There was a single sickening grunt, and Cha-Cha’s legs buckled. One of the girls screamed in the silence. Blood was gouting out, like champagne, from Cha-Cha’s white silk shirt.