The immunity which had been his

He said, ‘Your appetites coarsen – whisky’s only a part of it.’

‘Is it?’ Katharine asked. She smiled, but there was a small ring of steel in her voice. ‘What other appetites, then?’

He missed the innuendo. ‘Do you know the loveliest food in the world?’ he said. ‘Hot, greasy bacon, with a hunk of not too stale bread and a mug of sweet tea.’ He laughed. ‘To be served with wet feet.’

Victoria said, ‘I don’t think Kitty was talking about food. She meant the girls in the estaminets.’ 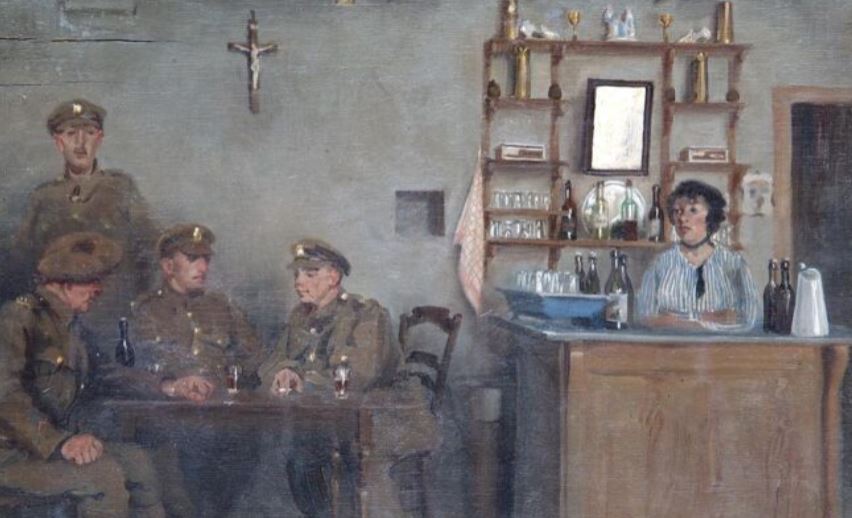 ‘What? Well, that’s not coarsening, surely. Aren’t French girls supposed to be the best?’

‘Don’t boast,’ Victoria said. ‘Leave us to the decent obscurity of our suspicions.’

He said, more seriously, ‘There’s some truth in the tales, of course. It’s true of some men. But I honestly don’t think their womenfolk should blame them. Pity would be more appropriate. It’s fear, I think – fear of dying or being badly wounded – that drives them.’ He added quickly, ‘Not that we aren’t all afraid from time to time, but some fellows can’t seem to get over it even when they’re out of the line.’

The thought occurred to him as he said this that he might no longer have the immunity which had been his in the past.