You found us, then

Dadda let himself in in his usual quiet way and was in the room before anyone was aware of him. I used to play a game of trying to detect the instant of his opening the front door, but it was very rarely indeed that I succeeded. It was one of the things I did that irritated Anna beyond endurance; she would fly, when she found me sitting on my stool listening for the sound of the door opening, into a fury of temper, which did not always stop short of violence.

They embraced, a strange thing to me, since Mamma and Dadda were not demonstrative in our presence. 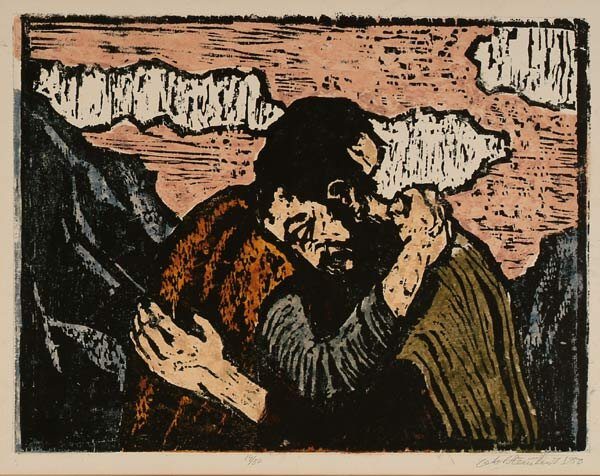 They stood for a moment, fumbling for each other in this environment, which, created by one, was so very strange to the other. In each there were two persons, the child and the different man, and the men were as much strangers as the children were brothers. And there were these other children, Anna and myself, about them.

Mamma said: ‘I’ve got some clothes to put through the mangle. Come and help me, Anna.’

She did not ask me, because it was unnecessary. Where Anna went I followed, and now I trotted after them to the wash-house, leaving the two men alone.