You’re not going away

‘That’s a matter of opinion. At least, it doesn’t concern anyone else.’

‘Doesn’t it, by God! A little group like this, we need every pair of hands. We can’t spare anyone. You least of all. You’re my right-hand man, Matty. I depend on you to keep things running, help organize them. You know I depend on you.’

‘You don’t need anyone now. It may have been different at the beginning, but it’s all running smoothly enough.’ 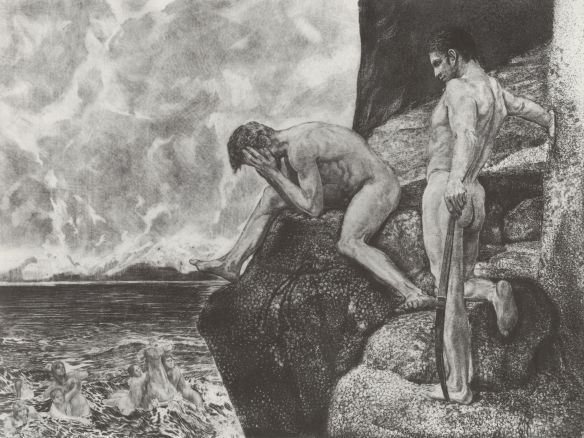 Matthew did not put his thoughts into words: that while it might be true that Miller was that kind of strong man who must have someone to lean on, the replacement was already present in the person of Irene. Miller did not see this because, although he acknowledged strength in a woman, he did not understand either the strength or his own deference to it.

Miller said, blustering: ‘I don’t give a bugger if you accept it or not, Matty. I’m telling you that’s the way it is. I need you here.’

‘You’ll learn to manage without me.’ He smiled. ‘You won’t find it very difficult.’

He had the forced, nervous, in a way desperate look that Matthew remembered from the time he had half-pleaded with, half-bullied Irene into accepting him as her protector. That situation could have gone badly if the girl had thwarted him and so, Matthew saw, could this. He said, trying to keep it light:

‘Are you telling me I shan’t be able to get an exit permit?’

Miller said heavily: ‘You’re not leaving, Matty. It’s for your own good as well as ours. We’re all a bit rocky still – you’ll feel different in a few weeks. But get it in your head that you’re not going away. If we have to, we’ll tie you up to stop you.’