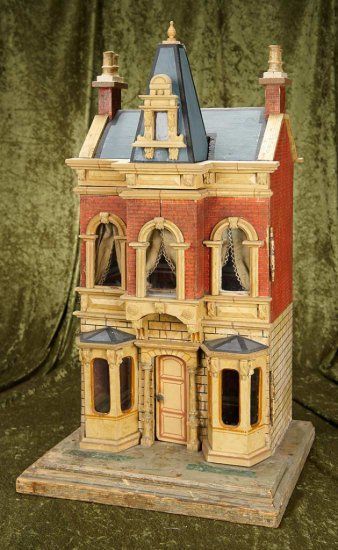 Another thing that summer was Anna’s doll’s house. It was while she was still in hospital that my accident occurred, and Solly took over from Mamma the duty of visiting her. The first afternoon he went she was delighted to see him, until she found that Mamma would not be coming. Solly explained something of what had happened, and she did not complain, but she was sad and listless.

Solly could never bear seeing children unhappy; he sat by her cot, his big hand enclosing her thin small one, and his mind revolving about various tactics that might win her back to cheerfulness. It was never easy with Anna; she had a great stubbornness of despair. The means he found at last was through the big doll’s house at the end of the ward, which was there for convalescent children. It stood four feet high, a mansion of a doll’s house, with a roof that swung up and walls that swung down to give access to a dozen rooms and, complete in miniature, the usual offices.

He saw the first glint of attention in her eye. She had half a dozen dolls, which she managed with great efficiency though with little obvious affection.