I suppose it gives an interest to life

‘We’ve talked enough about me.’ She sat down on the couch and patted a cushion for Hibson to sit beside her. ‘What about you? Still chasing the girls, I hear. An air hostess this time, Andy was telling me. Don’t you ever get tired of it?’

‘Frequently.’ He grinned. ‘But I’ve found that in these matters one has great powers of recuperation.’

‘You’re going to be a dirty old man, Charles. Still, I suppose it gives an interest to life. Perhaps I ought to have a go at something like that.’

‘I’m probably not the best person to advise you.’ 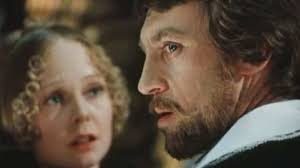 ‘You’re an easy person to talk to, Charles,’ she said. ‘Andy thinks he is, with being a writer, but he’s not.’

She put her free arm on the back of the couch so that her hand was behind his shoulders; then, almost at once, she withdrew it again.

‘Only I should have started earlier,’ she said, ‘if I was going to. It’s all right for you. You’ve been at it since you were at school, probably.’