I thought it was tin!

Long before Jane was pushed down a mine-shaft, before her fictional contemporary Alice fell down the rabbit-hole, even before King Arthur trod the bleak landscape, people had been coming to the west country for tin. Tin is an essential component of bronze, and it was perhaps in the Bronze Age that Cornwall (and Devon) first came to the attention of the outside world. 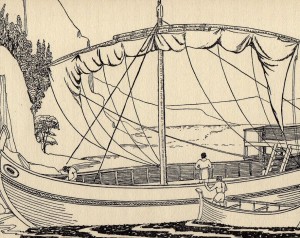 In their search for mineral ores, the British west country may have caught the perfunctory attention of the wily Phoenicians, but Spain had proved to be a richer source. Then some time in late Antiquity, Spanish tin ran out, and the world turned to Cornwall. From as far afield as Egypt they would travel for tin — indeed some Egyptian travellers got lucky, as this story illustrates: