Placing a spanner in the works

‘My dear Joe, intervention in human affairs is something that always requires a great deal of justification, and generally offers very little. The man who intervenes is himself suspect – rightly so because his motives are invariably mixed – and the chances of working an improvement are not, I would say, much better than even.’

Willeway said: ‘But wouldn’t you agree that the human race has progressed, and that the progress is a result of intervention? Didn’t somebody have to do something about, for instance, slavery?’ 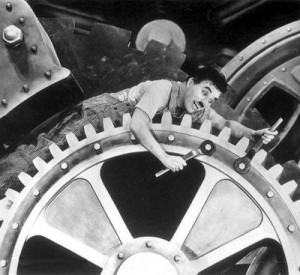 ‘You mistake me,’ Sweeney said, ‘but it is my own fault for not expressing myself plainly enough. Intervention in small things does no good – interference with little people is a mistake. Intervention on the grand scale is a different matter altogether. The Wilberforces and the Lincolns are great men, self-justifying. To kill for the sake of private honour is absurd, but the slaughter of a tyrant is something that rightly rings through history. To place the spanner that may wreck the mightiest machine is an act that is right, as well as satisfying.’