The news was confusing, and it was necessary to read between the lines of the official version. This started with a vilification of the Robeys that was even more trenchant than had been the case during the previous week, and had a specific point. The Robeys wer 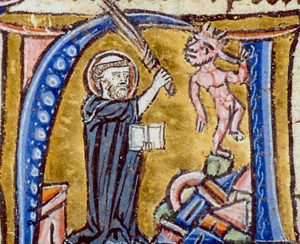 e gathering together, and it was time they were put down. These nauseating Creeping Jesuses had been tolerated long enough; it was time they were swept into discard. If they had their way, there would be no fun in the world, so they must be stopped now. The white robes, the speaker said, were the targets. Music swelled up – martial, with a beat. Over it, a voice shouted:

‘The motto for today, folks! Go get a Robey!’

By the time they had finished breakfast, though, and were clearing, the tone had changed. On a new bulletin, the Robeys were still an object of scorn and hatred, but the light-heartedness had gone. The Robeys must be defied, because they were out to wreck everything that mattered. They were fascists, reactionaries, trying to drag the country back a century. The speaker appealed to everyone – to youth in particular – to come out and prevent them from getting a stranglehold on things. If they failed, the future was unthinkable. No liberty, no dancing, no pop music. Religion thrust down everybody’s throat. Slave labour camps …