Shadows in the corners

They reassembled in an atmosphere of gloom. Mandy was going about the house, lighting the oil lamps. They had seemed attractive at first, but now Douglas was more conscious of their inadequacy, of all the shadows in the corners which their light did not properly reach. George opened the bar again, and was joined by Deeping, the Graingers, and Diana. Not feeling like drinking, Douglas went into the salon, where, at least, the fire was cheerful. Jane accompanied him there, and sat opposite him. She did not pick up a book, but sat looking into the fire. Her hands were folded on her knees. There were two lights on her face – firelight and lamplight. She had a good face, he thought. It was a pity that goodness was so irreleva 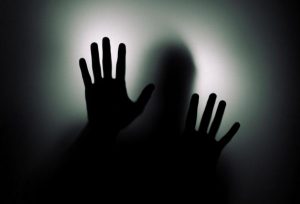 nt in a woman.

He said: ‘I suppose she may come back, when the night properly falls.’

Jane stirred. ‘It’s horrible to think of them being out there. Horrible.’