Surely help would be coming …

Further down the road, he came on the ruins of more houses. He stood and called out, listening after each call for a sound that might indicate that someone was still living. But there was nothing. Surely in earthquakes some survived inside the wreck of their houses? But he remembered how shock had followed shock during the endless night; it was all too likely that those who had merely been trapped by the first had been battered to death by the ones that followed. Matthew looked up into the empty sky, where the sun was already high. He was searching for something, without at first understanding what it was. It came to him: aeroplanes. The island might have been beaten almost to death, but surely help would be coming from the 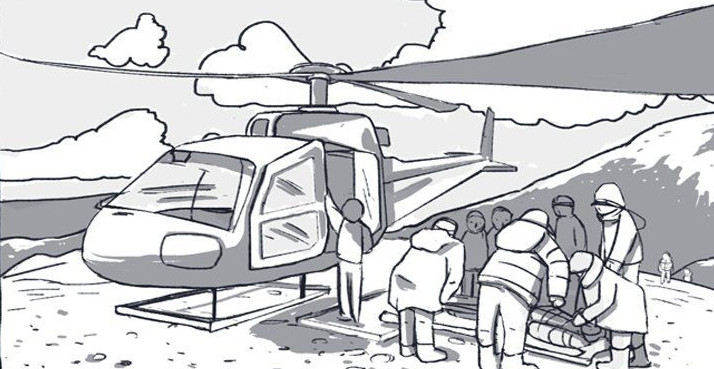 mainland? He remembered the television pictures of the other disasters, taken from helicopters. They should be here by now. And if they weren’t, what could it mean? Only that the devastation stretched further than he had guessed, that what had happened to a small island was not reckoned important in the great canvas of disaster.

Jane, he thought. Had the damage reached as far as East Sussex? He shook his head. Even if it had, it could not have been as severe as here. This must be the worst. Here, on the bend, the houses, shaken to pieces, had been spilled out over the road. He could see a leg in the rubble, a grotesque bunioned foot projecting. He called again, but did not expect any reply.

He knew then why it was he had stayed to free the donkey. Because he could not believe that, himself apart, there was any survivor on the island. He would go through the motions of looking, but he would not find any. The disaster was total.