Leslie said: ‘Well, it’s not surprising. The sort of mind that can kid itself it’s getting nourishment from communist slop is always likely to turn to the religious trough instead. The pigfood’s the same; it’s only the container that’s different.’

Lulu made a gesture, a feeble one, of tolerant amusement.

I said: ‘You are at an advantage, Leslie, in spending your youth at the fag-end of an intellectual fashion of faith. It was much the same in the early ’twenties. In this century faiths have come and gone with some speed; we have had a whirligig of mental climates. Now, as in 1920, you may whisper that the universe is a meaningless bore. Had you been young in 1937 you would have been shouting with the rest that the millennium was at hand. And as for conversions, it isn’t surprising that some people have found that shout an empty one after the first shock of disillusion. But they have learned the habit of shouting and your whisper seems a silly little blasphemy. They take up an older cry, and shout even louder.’ 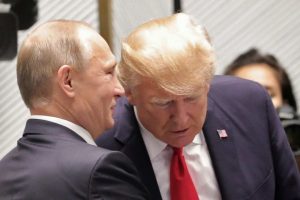 Leslie shrugged his narrow shoulders. His eyes were amused behind their small glass prisons. He leaned forward.

‘Fashion has something to do with it,’ he agreed, ‘but not all. There are natural whisperers and natural shouters, aren’t there? Which are you, Tennyson?’

I looked at him, and wondered why it chilled me to do so.

I said: ‘I speak my lines in a pleasing baritone. Hadn’t you noticed?’

‘Yes,’ Leslie said, ‘but to yourself you whisper – I can’t imagine you shouting.’