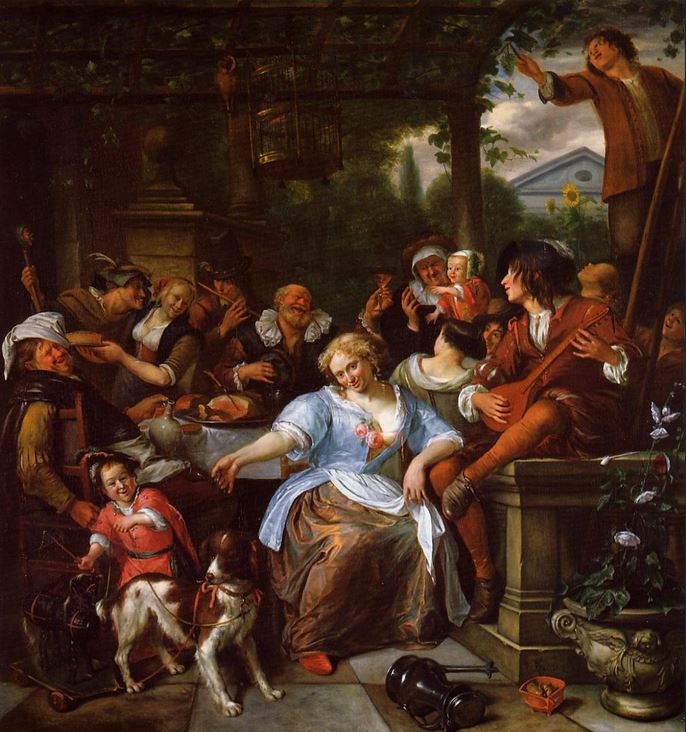 I suppose this sense of reassurance may have contributed to making me think of Jinny’s wedding as such a wonderful affair. It helped that we were unused to rich food, too; at home there was always enough food, but Mamma’s cooking was rarely elaborate. Here everything was elaborate, and exciting, and I was allowed half a glass of watered claret cup. But I think Jinny herself was the real key to the event’s memorability.

She had never been in such high spirits, and her happiness and exhilaration touched everyone within sight or earshot. During the whole of the meal she kept up running conversations with three or four people at once, people in all parts of the hall. If someone spoke to her and she did not quite catch what was said, she would rise, flourishing a knife or fork, and bawl out to whoever it was:

‘And what was that? I won’t have any whispering behind my back on my wedding day. Speak up now, and let me hear what it is you’re saying.’