The warmth of prejudice

He did not unload the cart, simply making sure there was no way of rats getting at the food. He never unloaded on the premises. It was unlikely that Hilda would come out unexpectedly, but he preferred not to take a chance.

He had not told Hilda that he was dealing in food now. Her reaction was all too predictable, and would have been emphatic 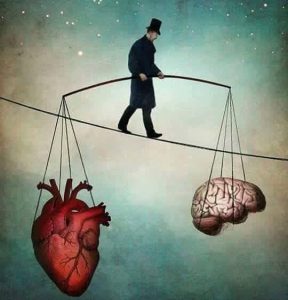 . She tolerated the purchase of black market food, on a limited scale, for the family’s use, but would not have stood for making a profit out of it. To buy a bit of cheese or bacon, a dozen eggs, was all right. One belonged to the exploited, and could be resentful about it in good company. On the other side was all the monstrous company of exploiters, back to the corn factors of ancient Egypt.

Normally Rod consulted his wife’s prejudices. He did not have many strong ones himself and was willing to accept hers. This was only partly in order to have an easier life, and not have to face her disapproval – generally silent but no less evident for that. It was more because, in a way, her prejudices warmed him, creating blacks and whites out of his own greys, a world more entrancing, if more illogical, than the one in which he would otherwise have lived. He liked living in hers.