Half-way up, the wide stairway turned back on itself, dividing to left and right. They heard feet clattering down the left-hand stair and he appeared suddenly, running down towards them. Michael noticed a clear, rosy complexion, a small, hopeful moustache and that he was rather below average height, before he reached them, breathing heavily and bowing to Rosemary and Jessica. 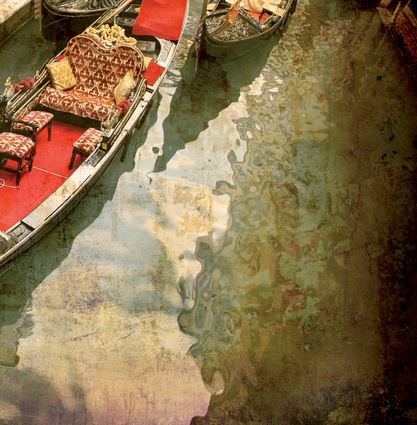 They looked at each other, laughing helplessly.

Bill said: ‘She’s quite hopeless. You are Michael, aren’t you?’

He had a pleasant, light voice and, when they shook hands, a small brisk grip. He looked, Michael thought, almost a mirror image of Jessica in lightness and sparkle. Almost; but where in her there was gay, strong elation, in him the strength was assumed, the gaiety deliberate. Her laughter was unconcerned, as though to her it really was the only valid thing about her. The laughter in him peered out, obstinately.

‘Sherry!’ Jessica said, gluttonously. ‘Oh, Bill, darling, let’s have tons and tons of sherry before the Paolinis and the rest arrive.’ One hand reached for Bill and the other for Rosemary. ‘Let’s sneak off to the Library.’

The Library overlooked a side canal. Michael walked over and gazed down from the wide bulge of the window. The alley of water lapped against the wall on either side, flinging small sucking waves against brick and stone. Jessica came over and stood beside him.

‘Isn’t it exciting?’ she confided. ‘I love Venice. My bedroom’s directly above this. I get up early in the morning sometimes and drop things – peach-stones and things – on whatever’s floating by … I’m a wonderful shot.’