The lane joined again onto a wider road, and they drove through a broader flatter valley which at last brought them once more in sight of the sea. But this was the western coast; it had no town or harbour, only a series of scalloped bays, yellow sanded, divided from each other by promontories of jagged rocks. The farmhouse in the valley had offered a reminiscence of a rural English scene, but here was wildness. Clouds had covered the sun again, and the sea was grey to a grey horizon, touched here and there with a cold white. Following the inland stillness, a stiff breeze, salt-laden, blew in at the windows, disordering Sarnia’s hair despite the protection her bonnet afforded. On it were carried the shrieking moans of seagulls, hungry and demanding, angry-sounding in comparison with the peaceful cries of land birds. 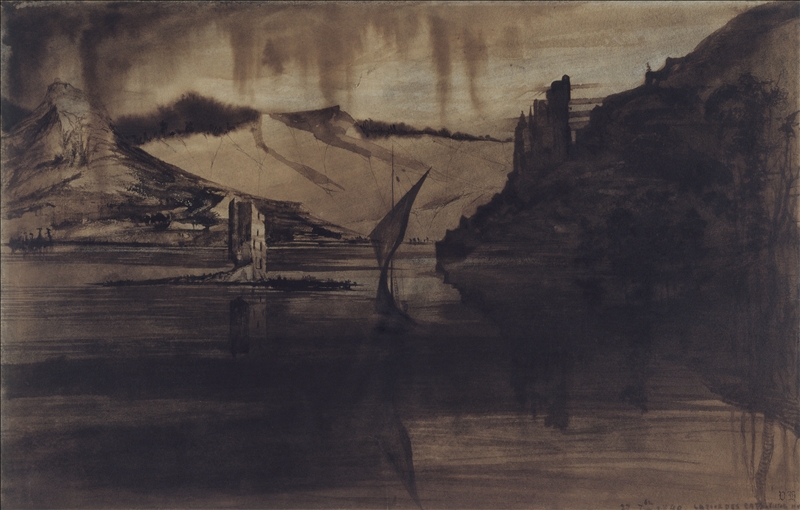 They were travelling south. Ahead of them she could see the island’s south-westerly tip, rocky and desolate, its chief feature the ruins of a round fort.

‘We are arrived,’ Edmund said.

She looked, with surprise and some disquiet, at bare fields, fishermen’s cottages huddled by the shore far below them, the distant prospect of bleak land and bleaker sea. She was about to question him when the coachman cracked his whip and shouted, and the landau lurched to the left. She saw crumbling stucco pillars, felt the carriage jolt violently as a wheel went into a pothole, and stared ahead to see, hidden up to this moment by the lie of the land, the outline of her father’s house.