Not an ice-floe in sight

Torbock was a large red-faced man, in his early forties, with a generous but straggly moustache. He looked as though the heat bothered him.

‘Do come in,’ Madeleine said. ‘We had your message. I’m Madeleine Cartwell, and this is Andy Leedon.’

‘Thank you,’ Torbock said. He produced a handkerchief and wiped the sweat off his brow. ‘Pleasantly cool in here. Damned hot outside.’ 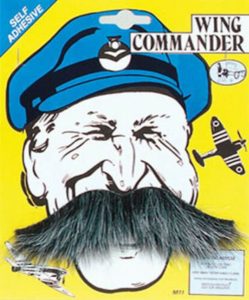 Andrew said: ‘Is it too early for a cooling drink?’

‘Not with me,’ Torbock said with relief. ‘Thank you. Anything on ice.’

‘We usually drink South African brandy. They’re doing a whisky as well now, but I should warn you it’s aged with an atomic poker, or something. Not bad, though.’

‘Anything you’re having. You can’t get a damn thing in the Pale.’

Madeleine said: ‘You are from London, then. I wondered about that.’

There was something about him, Andrew thought, which seemed familiar but old-fashioned. The moustache? The easy expansive way in which he lowered his bulk into an armchair? Torbock smiled, and Andrew recognised what it was: the unconscious swagger of the Anglo-Saxon in foreign parts. It marked him out from the other whites in Lagos. Of course, although he might have seen some of the changes, they would not have affected him. His ties were still with England.

‘Yes,’ he said cheerfully, ‘that’s my parish. For the moment, anyway.’

‘Do you know my husband?’ Madeleine said.

‘Yes. My name’s Peter, by the way. I know Davey quite well. We used to lower the odd noggin together, while there was still any to be had. In fact, this is the object of the jolly old exercise – he asked me to bring a letter out to you. Dodging the censor.’

Torbock produced his wallet. From a mass of papers, receipted bills, documents and such, he produced an envelope and gave it to Madeleine.

She looked at the envelope for a moment without opening it. Andrew, as a distraction, said to Torbock:

‘What do you think of our view?’

Torbock levered himself up out of the chair again, and walked across to the window, Andrew following him.

‘Pretty good,’ he said. ‘Especially if you like sea. I’m for the mountains myself. I lift up mine eyes to the hills, and all that. But that’s a very nice stretch of ocean you have. Not an ice-floe in sight.’