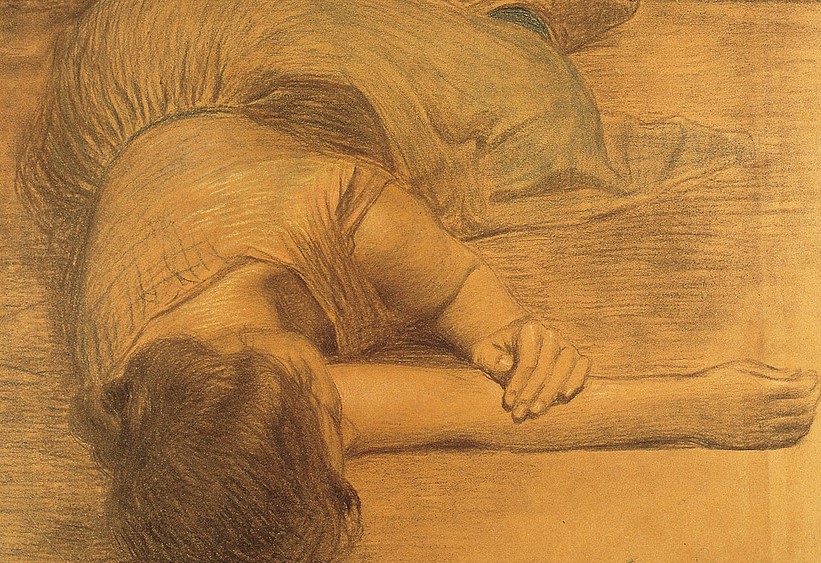 He thought he smelled gas on the first flight of stairs, although of course that was ridiculous. But the smell was quite plain when he got into the flat. As he came up the staircase he saw that the bedroom door was closed. He went to it and pushed it open; there was a rug wedged against the bottom but the key had not been turned in the lock. He held his breath while he went across and lifted the window open.

Patricia was lying in front of the gas-fire, her head on a cushion and her red-blonde hair loose on the carpet. She was very peaceful, and she was dead. He felt her pulse and then, to check, held her hand mirror against her lips. There was no breath of life.

She had not locked the door; had she hoped, even while lying here, that he might come back and find her before it was too late? There was no way of knowing.